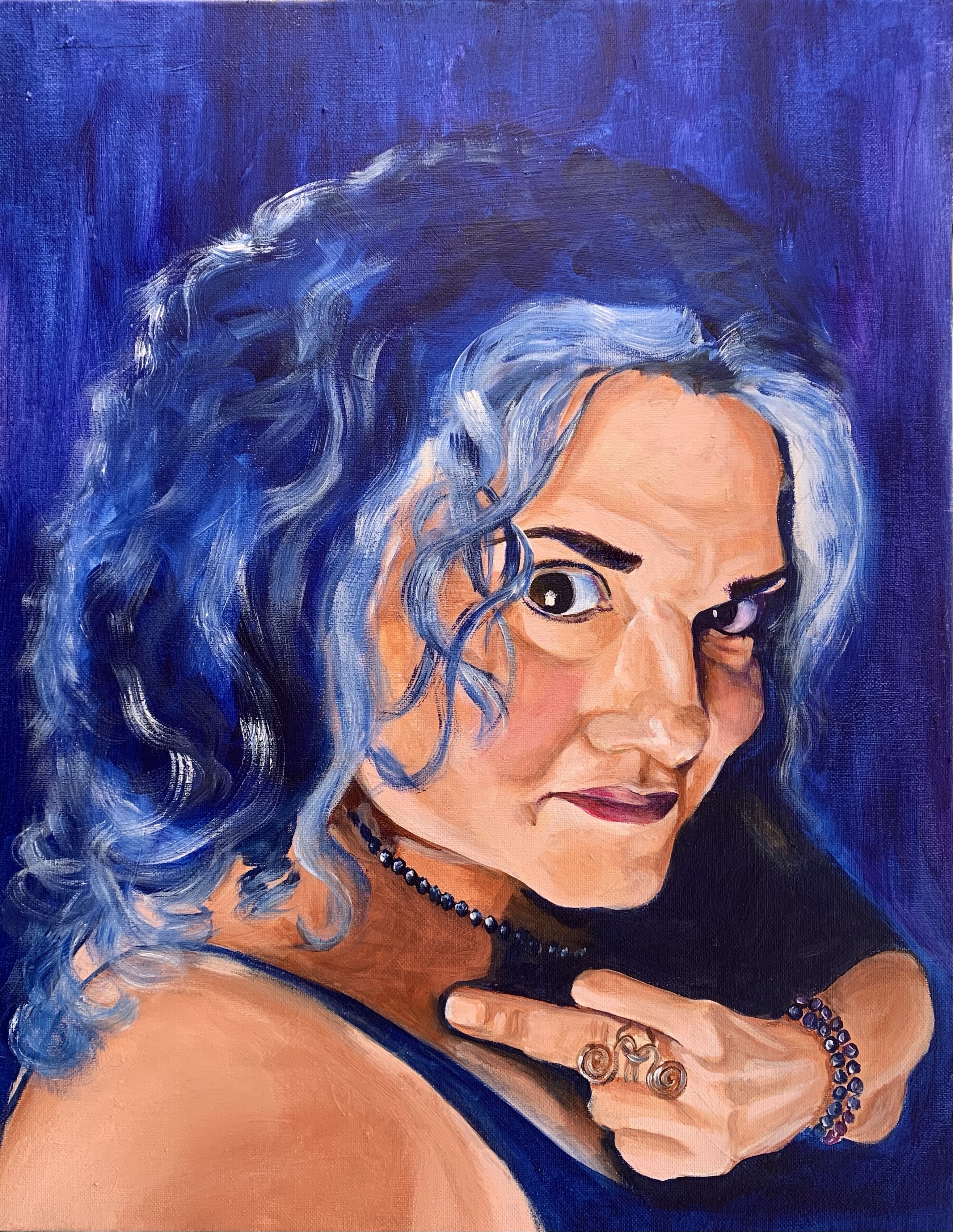 This self portrait was inspired by recent events in the news.

The kidnap and murder of Sarah Everard, by a police officer, has only served to make women feel even more vulnerable while simply going about their legitimate business. She was attacked by someone who should have protected her; who was paid with public funds to protect her.

This is not about police bashing…. twenty five years ago, I joined the Metropolitan Police after deciding no longer to be a victim. I retired last year. I knew many brilliant, good and maybe some not so good officers, most were my friends.

My point is, it doesn’t matter what she does, a woman feels vulnerable when alone in public. Society blames the woman, her clothes, or lack, her drinking habits, her choice of road to walk home, the list goes on. I think it is written very succinctly in the poem “Be a lady they said” @writingsofafuriouswoman, specifically the last paragraph, which refers to victim blaming –

Be a lady they said. Don’t get raped. Protect yourself. Don’t drink too much. Don’t walk alone. Don’t go out too late. Don’t dress like that. Don’t show too much. Don’t get drunk. Don’t leave your drink. Have a buddy. Walk where it is well lit. Stay in the safe neighborhoods. Tell someone where you’re going. Bring pepper spray. Buy a rape whistle. Hold your keys like a weapon. Take a self-defense course…………

What do parents teach their sons?

I specialise in large colourful paintings. I paint portraits – animal and human, landscapes – real and imaginary, in fact anything that I feel at the time.

Since the dreaded year 2020, my art has taken on a more sinister aspect, a far cry from my “happy” earlier paintings.

If you have a concept in mind, or simply want a portrait of someone or something special, please contact me to discuss.